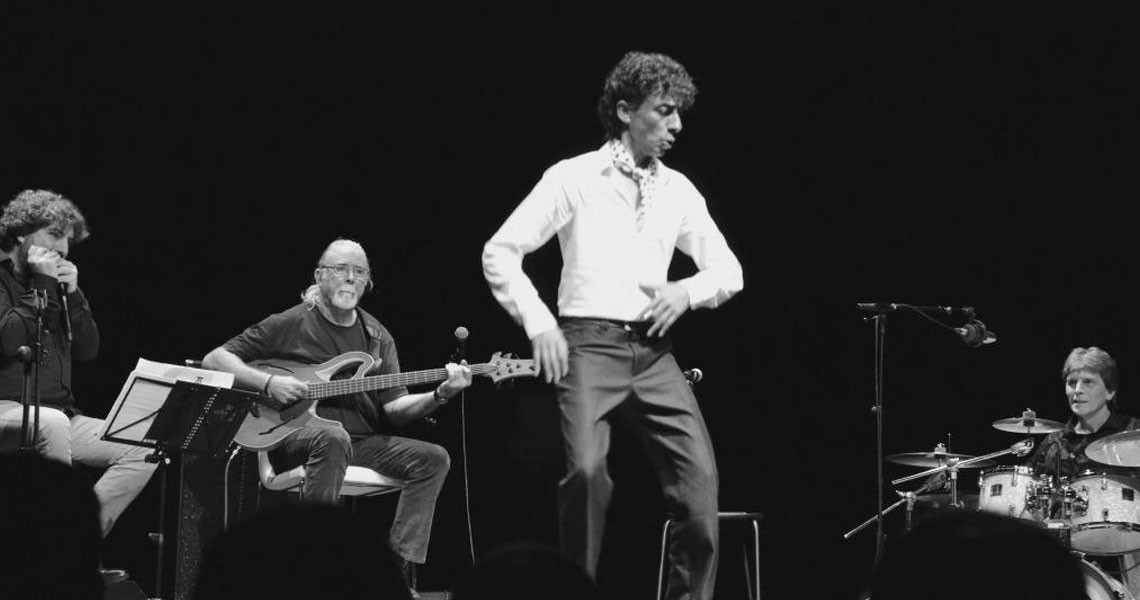 Carles Benavent (Barcelona, 1954) is a an undisputed reference in jazz and music creative in the last half century. Direct heir from Jaco Pastorius legacy, and absolut innovator as rooted music style as flamingo with the most famous icons of its modern history as the guitarrist Paco de Lucia, singer Camarón de la Isla and the saxofonist Jorge Pardo.

All this references we have to be conscious of the privilege to count, in jazz catalan scene, with one of the most admired and respected musicians in jazz world scene. From the beginnings of current decade he started a way inside the called “laietà” sound with bands as Música Urbana, with Joan Albert Amargós, progression of Carles Benavent have been unstoppable. In his hands electric bass and mandolind have been solo instrument with an extraordinary own soul. In the peak of his maturity as an artist, Carles has developed at the same time one of this inner projects, a trio with percussionist Aleix Tobias and one of the most important youth artist in the jazz scene how is the pianist Roger Mas. A luxury trio, where the addition of a genius in the genre as Tomasito is well complemented by his rhythm and dance.