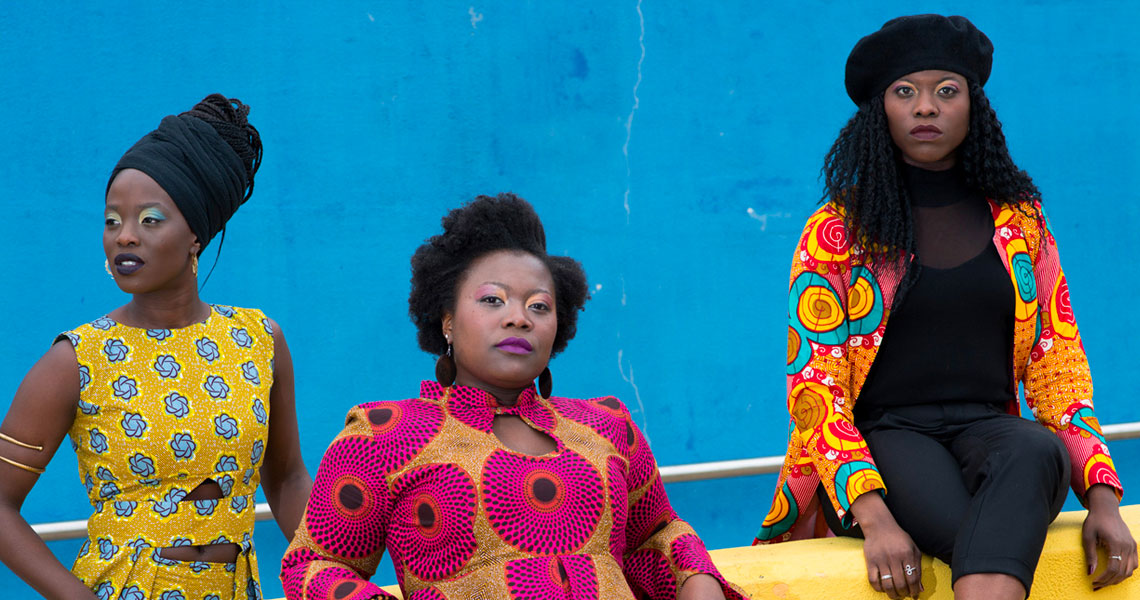 The Sey Sisters invite us to a meaningful journey from gospel to African music, surrounding it with soul; chants impregnate of deep emotion emerge from the fight against the injustice, civil rights movement and the hope for a better future. Rich harmonies, a Capella chants and their charismatic performances are combined to bring back de soul and the gospel spirit, with which they want to pursue their place as afro-descendants. Edna Sey (Acraa, 1982) borned in Ghana, where their parents are, and her sisters Yolanda and Kathy Sey (Vic, 1991) borned in Catalonia.

Since the creation as vocal group in 2006, they’ve been performing on festivals around Catalonia, Spain and did collaborations with some national and international artists. They start first named by Funkystep and The Sey Sisters. The pianist and saxofonist Albert Bartolomés, is

Their first album was released on 2015 “Let freedom ring” (Temps Record), with which they toured around Spain for two years, with a positive and enthusiastic response from a wide and countless audience. They drop a new album Rise (Satèlite K, 2018) where they defend and express with passion concern, fear and power as blackwomen grew in Catalonia, been referents of the social sector they represent: afro and afro-descendant . A call to action to personal and collective acceptance.